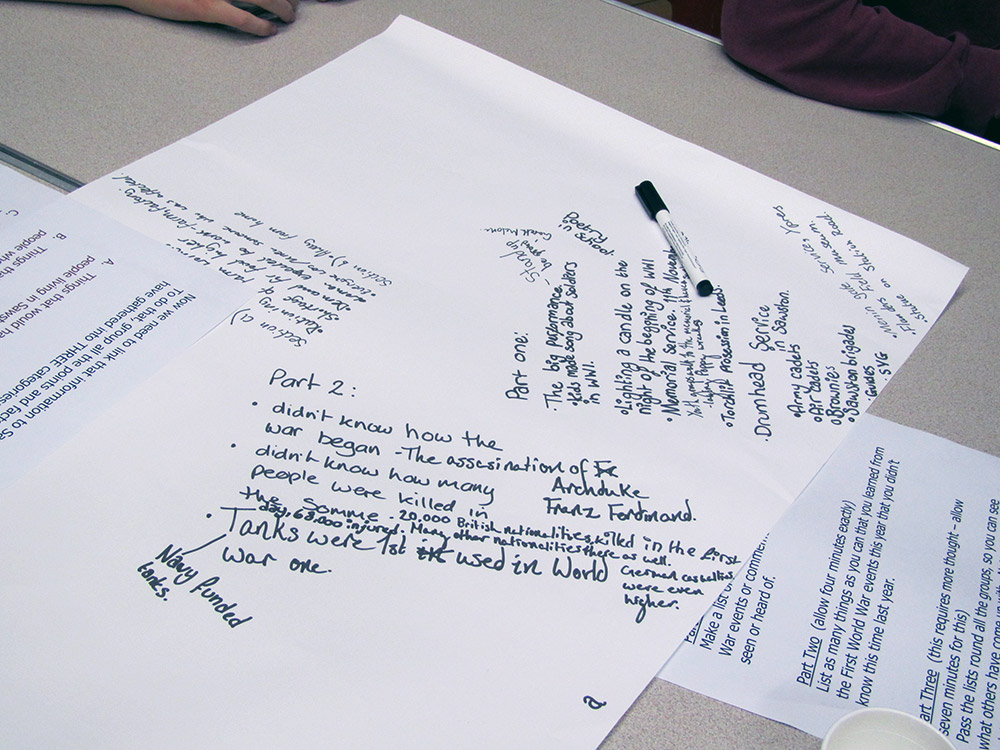 In our first session with Sean Lang we looked at how we frame questions. We discussed how people often think that historians are people who find answers – in books or archives or wherever, and learned that, in fact, historians spend just as much time finding the right questions to ask.

We started by focusing on the special events and programmes that have been taking place to mark the centenary of the First World War and thinking about what we had learned through these about the war that we didn’t know at this time last year. We then shared what we knew with each other.

We then considered what we can find out easily, for example, from books, from the internet or from asking people. Some of the questions we thought about are listed below.